Is your company being affected by the nationwide chip shortage?

If your carrier company is being impacted by the truck shortage you are not alone. Across the nation, production of most things electronic—from cell phones to gaming consoles to  smart cars— has been drastically slowed as the result of a global superconductor shortage. While the supply-chain issues have plagued chip makers for years, the pandemic dealt a critical blow, shutting down numerous factories, and halting production. Consumers first noticed the effects of the shortage while trying to buy a new vehicle or PlayStation 5, but our carrying partners are being further strained as the production of Class 8 vehicles and their parts screeches to a glacial pace.

Shortages began as a result of increased demand for devices such as personal computers, tablets, and gamings systems during the pandemic, which diverted supply to those industries from automotive manufacturers that were seeing losses in sales. Outbreaks of the virus—including recent waves of delta-variant infections in Malaysia, Vietnam and the Philippines—saw whole facilities shut down for weeks at a time. Japanese manufacturer Renesas that supplies over 30% of the automotive industry’s chips, suffered a major factory fire in March of 2021. Walkouts of union workers at a Volvo Trucks North America factory disrupted production for weeks. Daimler Trucks North America recalled more than 100,000 of their 2019-20 trucks. The ripple effects of the pandemic, increased demand on an already strained supply chain, a pre-existing driver shortage, and now truck shortages, have left many carriers struggling simply to keep up.

Production of North American Class trucks has dropped to its lowest levels since March of 2020 when the economy shut down, and the backlog of ordered trucks are in the hundreds of thousands. ACT Research President and Senior Analyst Kenny Vieth stated in an interview this summer, “Everything you want to see for Class 8 demand is there in spades. What’s missing are parts.” Not only the superconductor chips, but other equipment as well. Raw material shortages mean unpredictable availability of plastic parts like mirrors, wiring harnesses, and more. As a result, according to a recent ACT report, the cost of used trucks has risen exponentially—68% in fact, with the average miles and age having lowered by 5% and 2% respectively.

In September, the Biden administration held its second summit in less than six months with industry leaders and superconductor manufacturers to help reach some decisions on how to move forward. The administration identified additional concerns beyond the current production, including manufacturers over ordering supply, and one official stated that, “It’s on the industry to come up with the solutions here and to identify some of the path forward.”

And the industry is responding. Though many companies are waiting and holding out hope for Congress to approve $52 billion in federal subsidies to boost domestic semiconductor manufacturing (via the CHIPS for America and FABS Act, which have currently passed the Senate but not the House) others like Intel are already breaking ground on new facilities for domestic production.

While many companies predicted a resolution by the end of this year, industry experts are now saying we’ll be feeling the pain of the shortage through Q1 of 2022, and frustrations are growing higher on all ends. Catching up on superconductor production remains an uphill task, and it will still be many months before the backlog of Class 8 vehicles are delivered. 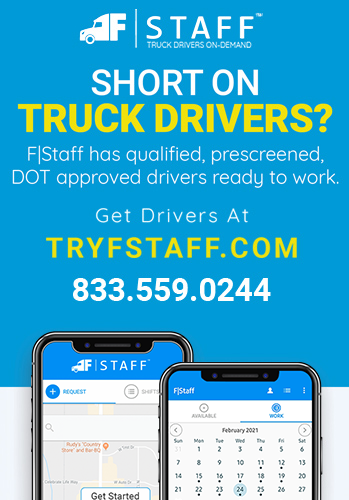